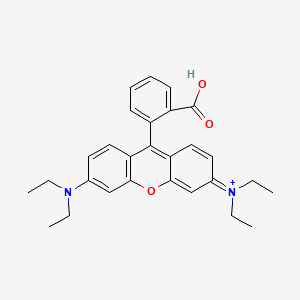 C.i. pigment violet 1 is a purple powder. (NTP, 1992)
Rhodamine B(1+) is a cationic fluorescent dye derived from 9-phenylxanthene. It has a role as a fluorochrome. It is an organic cation and a xanthene dye.
A family of 3,6-di(substituted-amino)-9-benzoate derivatives of xanthene that are used as dyes and as indicators for various metals; also used as fluorescent tracers in histochemistry.

Efficient degradation of Rhodamine B by magnetically recoverable Fe

Environment-friendly nano-catalysts capable of activating peroxymonosulfate (PMS) have received increasing attention recently. Nevertheless, traditional nano-catalysts are generally well dispersed and difficult to be separated from reaction system, so it is particularly important to develop nano-catalysts with both good catalytic activity and excellent recycling efficiency. In this work, magnetically recoverable Fe
O
-modified ternary CoFeCu-layered double hydroxides (Fe
O
/CoFeCu-LDHs) was prepared by a simple co-precipitation method and initially applied to activate PMS for the degradation of Rhodamine B (RhB). X-ray diffraction (XRD), fourier transform infrared spectrometer (FT-IR), scanning electron microscope (SEM), transmission electron microscopy (TEM), Brunauer-Emmett-Teller method (BET), and vibrating sample magnetometer (VSM) were applied to characterize morphology, structure, specific surface area and magnetism. In addition, the effects of several key parameters were evaluated. The Fe
O
/CoFeCu-LDHs exhibited high catalytic activity, and RhB degradation efficiency could reach 100% within 20 min by adding 0.2 g/L of catalyst and 1 mmol/L of PMS into 50 mg/L of RhB solution under a wide pH condition (3.0-7.0). Notably, the Fe
O
/CoFeCu-LDHs showed good super-paramagnetism and excellent stability, which could be effectively and quickly recovered under magnetic condition, and the degradation efficiency after ten cycles could still maintain 98.95%. Both radicals quenching tests and electron spin resonance (ESR) identified both HO• and SO
were involved and SO
played a dominant role on the RhB degradation. Finally, the chemical states of the sample's surface elements were measured by X-ray photoelectron spectroscopy (XPS), and the possible activation mechanism in Fe
O
/CoFeCu-LDHs/PMS system was proposed according to comprehensive analysis.

Functional organic dyes play a key role in many fields, namely in biotechnology and medical diagnosis. Herein, we report two novel 2,3- and 3,4-dihydroxyphenyl substituted rosamines (
and
, respectively) that were successfully synthesized through a microwave-assisted protocol. The best reaction yields were obtained for rosamine
, which also showed the most interesting photophysical properties, specially toward biogenic amines (BAs). Several amines including
- and
-butylamine, cadaverine, and putrescine cause spectral changes of
, in UV-Vis and fluorescence spectra, which are indicative of their potential application as an effective tool to detect amines in acetonitrile solutions. In the gas phase, the probe response is more expressive for spermine and putrescine. Additionally, we found that methanolic solutions of rosamine
and
-butylamine undergo a pink to yellow color change over time, which has been attributed to the formation of a new compound. The latter was isolated and identified as
(9-aminopyronin), whose solutions exhibit a remarkable increase in fluorescence intensity together with a shift toward more energetic wavelengths. Other 9-aminopyronins
,
,
, and
were obtained from methanolic solutions of
with putrescine and cadaverine, demonstrating the potential of this new xanthene entity to react with primary amines.

Surface-enhanced Raman spectroscopy (SERS) is a non-destructive and ultrasensitive detection tool used for a variety of contaminants in recent years. In this paper, we synthesized a multifunctional Ag
CO
nanocomposite for a sensitive SERS detection and photodegradation of Rhodamine B (RhB) dye. The proposed Ag
CO
substrate was characterized using XRD, UV-vis, FESEM, EDX and TEM techniques. Ag
CO
exhibited a strong SERS sensitivity with a detection limit of 10
M and good reproducibility for the detection of RhB molecules. The degradation efficiency of Ag
CO
under visible light irradiation was found to be 95%. The SERS and photocatalysis mechanisms were proposed considering the charge-transfer paths between the substrate and RhB molecules. Additionally, an excellent reusability property of Ag
CO
microcrystals was observed for SERS detection due to its catalytic activity. This work explores the potential usability of Ag
CO
substrate as a promising candidate for detection and photodegradation applications.

Quick and visual detection of component contents, such as water, in a mixed solvent is important for many practical applications, and a full range detection is especially preferred. In this work, a carbon dots based ratiometric fluorescent sensor was synthesized by grafting fluorescent group (Rhodamine B, RhB) on carbon dots, and the dual emission peaks exhibited a linear ratiometric response with the change of polarity and hydrogen bond of Solvent Hansen solubility parameters. This responsive behavior is attributed to surface state photoluminescence mechanisms, and has been used for the quantitative detection of water content in ethanol with an excellent linear relationship (R
= 0.996), a low detection limit (0.2%), and a full detection range (0-100%). Furthermore, a paper-based ratiometric fluorescence sensing strip is also demonstrated, which exhibits good storage stability and sensitivity. This study suggests that RhB grafted carbon dots could be feasibly and effectively used as ratiometric fluorescent sensors for solvent content detection.

The use of dye in food is harmful to human health and is prohibited nowadays. However, it is still used because of the benefits, such as cheap prices and abundant resources. Rhodamine B is usually used as the colorant in food such as chili powder, chili oil, etc. It is colorless at very low concentration 10
M. The sensitive detection of RhB at ultra-low concentration help to prevent some risk for human. Surface-enhanced Raman scattering (SERS) is a great technique to detect the analytes at ultra-low concentration and provide the molecule's information as a fingerprint. In this study, silver nano-cube was facilely synthesized by reducing Ag
in ethylene glycol and upgraded to thin-film as a SERS active substrate. RhB was detected at 10
M by a silver nano-cube sensor. The dynamic linear regression between the Raman intensity and RhB concentration over seven orders of magnitude (from 10
to 10
M) was excellent with high reliability (R
= 0.99). Moreover, the substrate can be used after storing in a dark area for 60 days. This proposed nano-cube silver could serve as a potential substrate for detecting RhB in food at very low concentration.

The involvement of G-quadruplex (G4) structures in nucleic acids in various molecular processes in cells such as replication, gene-pausing, the expression of crucial cancer-related genes and DNA damage repair is well known. The compounds targeting G4 usually bind directly to the G4 structure, but some ligands can also facilitate the G4 folding of unfolded G-rich sequences and stabilize them even without the presence of monovalent ions such as sodium or potassium. Interestingly, some G4-ligand complexes can show a clear induced CD signal, a feature which is indirect proof of the ligand interaction. Based on the dichroic spectral profile it is not only possible to confirm the presence of a G4 structure but also to determine its topology. In this study we examine the potential of the commercially available Rhodamine 6G (RhG) as a G4 ligand. RhG tends to convert antiparallel G4 structures to parallel forms in a manner similar to that of Thiazole Orange. Our results confirm the very high selectivity of this ligand to the G4 structure. Moreover, the parallel topology of G4 can be verified unambiguously based on the specific induced CD profile of the G4-RhG complex. This feature has been verified on more than 50 different DNA sequences forming various non-canonical structural motifs. 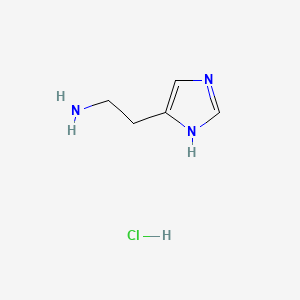 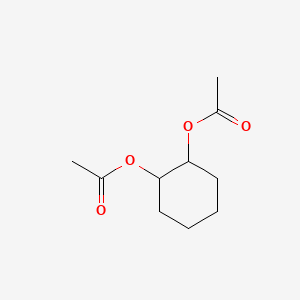 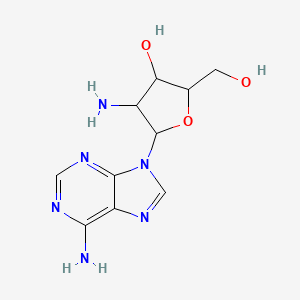 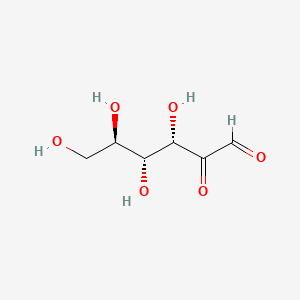 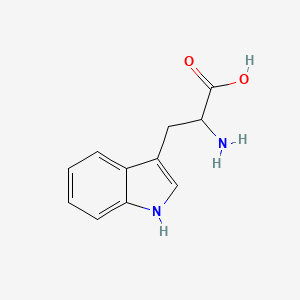 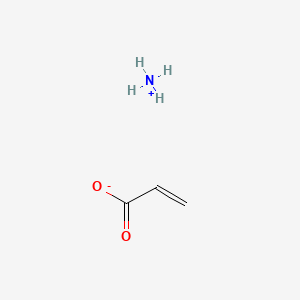 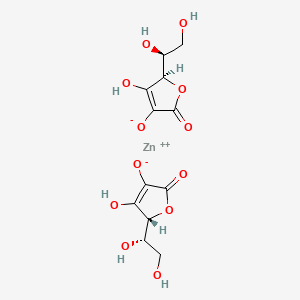 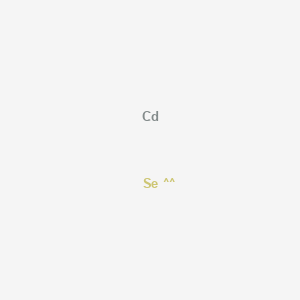 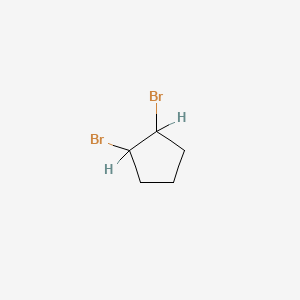 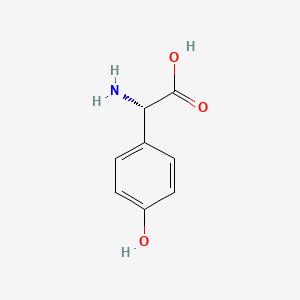 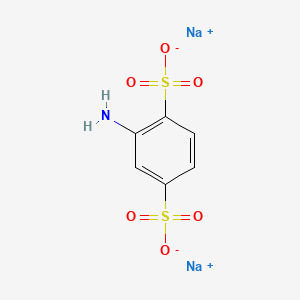 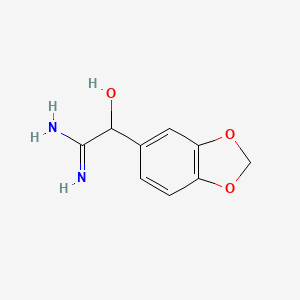