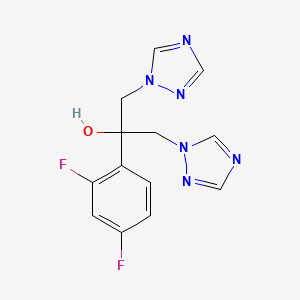 Fluconazole is a triazole antifungal agent that is effective against most Candida strains. In vivo fluconazole at 0.5-100 mg/kg demonstrates protective activity in various experimental animal models of systemic fungal diseases including aspergillosis, blastomycosis, candidiasis, coccidioidomycosis, cryptococcosis, and histoplasmosis.
Fluconazole is used to treat adult neutropenic patients with invasive candidiasis (IC).
Pharmaceutical secondary standards for application in quality control, provide pharma laboratories and manufacturers with a convenient and cost-effective alternative to the preparation of in-house working standards.
Fluconazole is an antifungal agent with broad-spectrum antimicrobial activity. It is employed for the remediation of oral, esophagal and vaginal candidiasis and other serious systemic candidal infections. The drug is also effective against meningitis caused by Cryptococcus neoformans.
This product is provided as delivered and specified by the issuing Pharmacopoeia. All information provided in support of this product, including SDS and any product information leaflets have been developed and issued under the Authority of the issuing Pharmacopoeia. For further information and support please go to the website of the issuing Pharmacopoeia.
Fluconazole is a synthetic triazole with antifungal activity. Fluconazole preferentially inhibits fungal cytochrome P-450 sterol C-14 alpha-demethylation, resulting in the accumulation of fungal 14 alpha-methyl sterols, the loss of normal fungal sterols, and fungistatic activity. Mammalian cell demethylation is much less sensitive to fluconazole inhibition.
Fluconazole is a triazole fungistatic agent used in the treatment of systemic and superficial fungal infections. Fluconazole therapy can cause transient mild-to-moderate serum aminotransferase elevations and is a known cause of clinically apparent acute drug induced liver injury.
Fluconazole is a member of the class of triazoles that is propan-2-ol substituted at position 1 and 3 by 1H-1,2,4-triazol-1-yl groups and at position 2 by a 2,4-difluorophenyl group. It is an antifungal drug used for the treatment of mucosal candidiasis and for systemic infections including systemic candidiasis, coccidioidomycosis, and cryptococcosis. It has a role as a P450 inhibitor, an environmental contaminant and a xenobiotic. It is a difluorobenzene, a conazole antifungal drug, a triazole antifungal drug and a tertiary alcohol. It derives from a 1,3-difluorobenzene. It derives from a hydride of a 1H-1,2,4-triazole.

Candidemia is the fourth common cause of blood stream infection worldwide leading to increased mortality and morbidity. A paradigm shift of Candida albicans to Non-albicans candida (NAC) had led to the increase in resistance to empirically used antifungals. So, an epidemiological study and antifungal susceptibility is essential for meticulous use of antifungals.
To find out the prevalence and antifungal susceptibility of Candida species causing candidemia.
automated blood culture done in BACTEC system followed by its identification and susceptibility testing in VITEK-2 system.
Non-albicans candida was isolated from 73% cases of candidemia. The commonest isolate among neonates and adults were C.krusei and C.tropicalis respectively. C.haemulonii was significantly high among adult population while C.krusei was significantly high among the neonates. 10.4% NAC isolates were resistant to amphotericin B, flucytosine resistance among 37% NAC isolates and among 44% C.albicans isolates, fluconazole resistance was found among 13% and 15% of NAC and C. albicans respectively. Echinocandins were comparatively sensitive to the candida spp.


The Role of Candida Albicans in Routine Clinically Suspected Otomycosis

Candida albicans and non-albicans Candida species are considered as commensal yeasts of many cavities including the external auditory canal (EAC) in healthy individuals. These fungal microorganisms can also act as opportunist pathogens and cause otomycosis. In this study, the patients of clinically suspected otomycosis were specifically investigated mycologically to elucidate the role of Candida albicans and non-albicans Candida species.
A prospective observational study was conducted from July 2016 and June 2017 at the Laboratory of Parasitology and Mycology of the Sourô SANOU University Hospital in Bobo-Dioulasso, Burkina Faso. Identification of Candida isolates was using conventional phenotypic methods. Antifungal susceptibility tests were carried out by disk diffusion method in accordance with CLSI standard document M44-A for yeasts.
Out of 160 patients with clinically diagnosed otomycosis, 77(48.1%) were investigated positive for Candida species. Candida albicans (61%) was the most isolated species and non-albicans Candida species accounted for 39% of the isolates, with mainly Candida spp (22.1%), Candida krusei (10.4%), Candida dubliniensis (5.2%) and Candida glabrata (1.3%). Nystatin showed the highest efficacy (95.9%), followed by ketoconazole (90.4%), clotrimazole (83.6%), miconazole (72.6%) and amphotericin B (63.0%).
Otomycosis due to Candida species should be especially considered, since they have a wide number of potential virulence factors that cause fungal infections. Also, antifungal susceptibility testing should be performed in order to select the appropriate antifungal therapy.


Risk factors for isolation of fluconazole and echinocandin non-susceptible


Antifungal Effects of Herbal Extracts and Fluconazole on Heat-polymerized Acrylic Denture Base Resin as Denture Cleanser: An

The study aimed to investigate the antifungal effects of herbal extracts and fluconazole on heat-polymerized acrylic denture base resin as a denture cleanser.
Several essential oils, such as origanum oil and grape seed oil and commercially available antifungal agent fluconazole were used as denture cleansers and their antifungal efficacy was evaluated using a spectrophotometer. Overall, 68 samples were obtained and were divided into four groups, each containing 17 samples. These samples were immersed in Sabouraud dextrose broth consisting of
for 16 hours and later in these antifungal solutions for 8 hours and their antifungal efficacy was measured. Data were subjected to an ANOVA test.
Among the study groups origanum oil showed the maximum antifungal activity with a mean optical density at 0.072 ± 0.014 followed by fluconazole (0.094 ± 0.155), and least by grape seed oil (0.190 ± 0.071).
Results of this
study showed that origanum oil was more effective than commercially available antifungal agents, and among the tested groups oregano oil was a potential agent in lowering the
colony.
Origanum oil, being a herbal product, can be considered as a denture cleanser and also be used as an effective alternative to commercially available antifungal agents without any side effects.

Cryptococcal infection has been documented in immunocompromised patients. AIDS and renal transplant recipients account for majority of the cases. Most cases present with central nervous system or disseminated disease, with only few presenting soft tissue, bone, and joint manifestations.
We present a case of soft tissue mass in a 66-year-old female renal transplant recipient and that of arthritis in a 64-year-old immunocompetent man who presented pseudogout arthropathy. Chest radiographies of both cases were negative. Biopsy revealed cryptococcal organisms. Blood culture or cerebrospinal fluid sampling indicated positive results for cryptococcal antigen.
Cryptococcus neoformans was recovered in the wound culture.
The patients received intravenous fluconazole and flucytosine, followed by oral fluconazole administration.
Symptomatic improvements were achieved and no subsequent relapses were observed.
The authors experienced 2 cases of cryptococcosis with very unusual clinical presentation. Early clinical suspicion and serum cryptococcal antigen testing can help in rapid appropriate diagnosis in immunocompetent as well as immunocompromised patients even in the absence of pulmonary involvement.

Inclusion complexes between cyclodextrins (CDs) and active pharmaceutical ingredients (APIs) have potential for pharmaceutical formulation. Since crystallization of a given complex may result in the isolation of multiple crystal forms, it is essential to characterize these forms with respect to their structures and physicochemical properties to optimize pharmaceutical candidate selection. Here, we report the preparation and characterization of two crystallographically distinct hydrated forms of an inclusion complex between β-cyclodextrin (β-CD) and the antifungal API fluconazole (FLU) as well as temperature-concentration conditions required for their individual isolation. Determination of crystal water contents was achieved using thermoanalytical methods. X-ray analyses revealed distinct structural differences between the triclinic (TBCDFLU, space group P1) and monoclinic (MBCDFLU, space group C2) crystal forms. Removal of the crystals from their mother liquors led to rapid dehydration of the MBCDFLU crystal, while the TBCDFLU crystal was stable, a result that could be reconciled with the distinct packing arrangements in the respective crystals. This study highlights (a) the importance of identifying possible multiple forms of a cyclodextrin API complex and controlling the crystallization conditions, and (b) the need to characterize such crystal forms to determine the extent to which their physicochemical properties may differ.

Silver nanoparticles (AgNPs) were synthesized using aqueous honey solutions with a concentration of 2%, 10%, and 20%-AgNPs-H2, AgNPs-H10, and AgNPs-H20. The reaction was conducted at 35 °C and 70 °C. Additionally, nanoparticles obtained with the citrate method (AgNPs-C), while amphotericin B (AmB) and fluconazole were used as controls. The presence and physicochemical properties of AgNPs was affirmed by analyzing the sample with ultraviolet-visible (UV-Vis) and fluorescence spectroscopy, scanning electron microscopy (SEM), and dynamic light scattering (DLS). The 20% honey solution caused an inhibition of the synthesis of nanoparticles at 35 °C. The antifungal activity of the AgNPs was evaluated using opportunistic human fungal pathogens
and
. The antifungal effect was determined by the minimum inhibitory concentration (MIC) and disc diffusion assay. The highest activity in the MIC tests was observed in the AgNPs-H2 variant. AgNPs-H10 and AgNPs-H20 showed no activity or even stimulated fungal growth. The results of the Kirby-Bauer disc diffusion susceptibility test for
strains indicated stronger antifungal activity of AgNPs-H than fluconazole. The study demonstrated that the antifungal activity of AgNPs is closely related to the concentration of honey used for the synthesis thereof.


In Silico Structural Modeling and Analysis of Interactions of

Cytochrome P450 monooxygenase CYP51 (sterol 14α-demethylase) is a well-known target of the azole drug fluconazole for treating cryptococcosis, a life-threatening fungal infection in immune-compromised patients in poor countries. Studies indicate that mutations in CYP51 confer fluconazole resistance on cryptococcal species. Despite the importance of CYP51 in these species, few studies on the structural analysis of CYP51 and its interactions with different azole drugs have been reported. We therefore performed in silico structural analysis of 11 CYP51s from cryptococcal species and other
. Interactions of 11 CYP51s with nine ligands (three substrates and six azoles) performed by Rosetta docking using 10,000 combinations for each of the CYP51-ligand complex (11 CYP51s × 9 ligands = 99 complexes) and hierarchical agglomerative clustering were used for selecting the complexes. A web application for visualization of CYP51s' interactions with ligands was developed (http://bioshell.pl/azoledocking/). The study results indicated that
CYP51s have a high preference for itraconazole, corroborating the in vitro effectiveness of itraconazole compared to fluconazole. Amino acids interacting with different ligands were found to be conserved across CYP51s, indicating that the procedure employed in this study is accurate and can be automated for studying P450-ligand interactions to cater for the growing number of P450s. 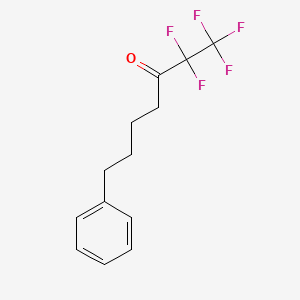 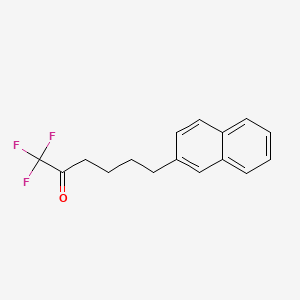 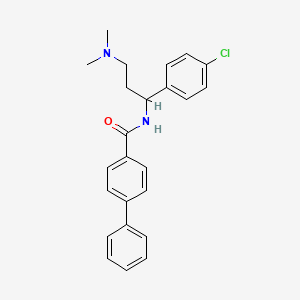 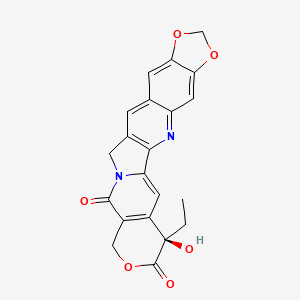 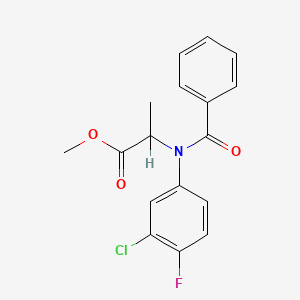 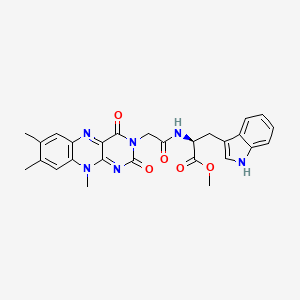 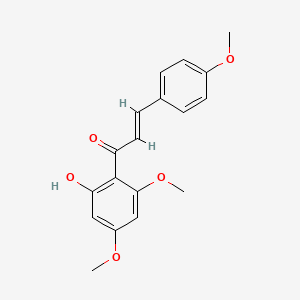 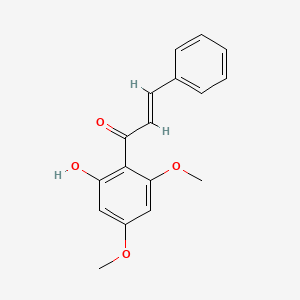 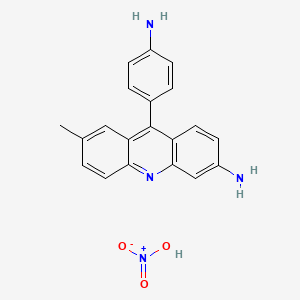 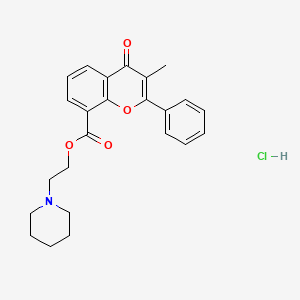 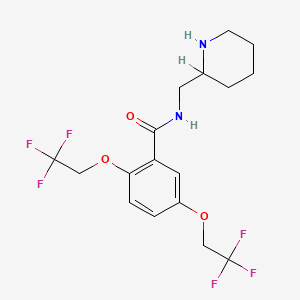 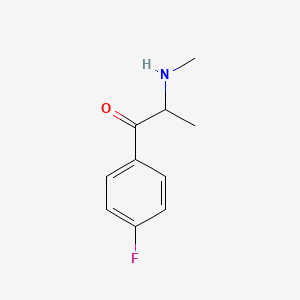