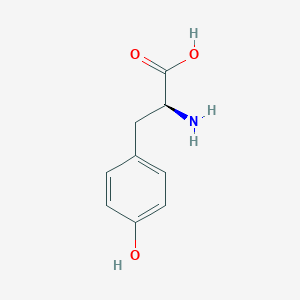 -tyrosine, an aromatic amino acid, is used common dietary supplement that has a wide range of applications in food and pharmaceutical industry. It is a precursor for preparing industrially important compounds such as 3,4-dihydroxy--phenylalanine (-DOPA), melanin and p-hydroxystyrene. -tyrosine can be synthesized by different biotechnological methods which are ecofriendly.
-Tyrosine is an important amino acid mainly used as a dietary supplement.
Pharmaceutical secondary standards for application in quality control, provide pharma laboratories and manufacturers with a convenient and cost-effective alternative to the preparation of in-house working standards.
L-Tyrosine is the levorotatory isomer of the aromatic amino acid tyrosine. L-tyrosine is a naturally occurring tyrosine and is synthesized in vivo from L-phenylalanine. It is considered a non-essential amino acid; however, in patients with phenylketonuria who lack phenylalanine hydroxylase and cannot convert phenylalanine into tyrosine, it is considered an essential nutrient. In vivo, tyrosine plays a role in protein synthesis and serves as a precursor for the synthesis of catecholamines, thyroxine, and melanin.
L-Tyrosine, also known as (S)-tyrosine or para tyrosine, belongs to the class of organic compounds known as tyrosine and derivatives. Tyrosine and derivatives are compounds containing tyrosine or a derivative thereof resulting from reaction of tyrosine at the amino group or the carboxy group, or from the replacement of any hydrogen of glycine by a heteroatom. L-Tyrosine exists as a solid, slightly soluble (in water), and a moderately acidic compound (based on its pKa). L-Tyrosine has been found throughout all human tissues, and has also been detected in most biofluids, including saliva, cerebrospinal fluid, feces, and blood. Within the cell, L-tyrosine is primarily located in the cytoplasm and mitochondria. L-Tyrosine exists in all eukaryotes, ranging from yeast to humans. L-Tyrosine participates in a number of enzymatic reactions. In particular, L-Tyrosine and oxoglutaric acid can be converted into 4-hydroxyphenylpyruvic acid and L-glutamic acid through the action of the enzyme tyrosine aminotransferase. Furthermore, L-Tyrosine can be converted into tyramine through the action of the enzyme aromatic-L-amino-acid decarboxylase. Finally, L-Tyrosine and sapropterin can be converted into L-dopa and dihydrobiopterin through the action of the enzyme tyrosine 3-monooxygenase. In humans, L-tyrosine is involved in thyroid hormone synthesis pathway, the tyrosine metabolism pathway, the phenylalanine and tyrosine metabolism pathway, and the disulfiram action pathway. L-Tyrosine is also involved in several metabolic disorders, some of which include the hawkinsinuria pathway, the tyrosinemia type I pathway, the tyrosinemia type 3 (tyro3) pathway, and aromatic L-aminoacid decarboxylase deficiency. L-Tyrosine is a potentially toxic compound.
L-tyrosine is an optically active form of tyrosine having L-configuration. It has a role as an EC 1.3.1.43 (arogenate dehydrogenase) inhibitor, a nutraceutical, a micronutrient and a fundamental metabolite. It is an erythrose 4-phosphate/phosphoenolpyruvate family amino acid, a proteinogenic amino acid, a tyrosine and a L-alpha-amino acid. It derives from a L-tyrosinal. It is a conjugate base of a L-tyrosinium. It is a conjugate acid of a L-tyrosinate(1-). It is an enantiomer of a D-tyrosine. It is a tautomer of a L-tyrosine zwitterion.

Tyrosinase plays an essential role in melanin biosynthesis and inherently exhibits both monophenolase and diphenolase activity. A first derivative synchronous fluorometric assay was established for directly monitoring monophenolase activity. The zero-crossing point at 322 nm for the first-derivative under synchronous fluorescence with Δλ = 67 nm was utilized to selectively quantify tyrosine in the presence of the reaction product dihydroxyphenylalanine (DOPA). The limit of detection (LOD) for tyrosine was 0.54 μM. The fluorescence intensity of tyrosine was monitored at intervals of 30 s to establish the time course of tyrosine consumption. The LOD for the monophenolase activity was 0.0706 U⋅ mL
. The Michaelis-Menten e constant and maximum speed were 21.83 μM and 1.12 μM min
, respectively. Zinc ions competitively inhibited the monophenolase activity, with an IC
value of 14.36 μM. This assay is easily and rapidly executed and is of great significance for analyzing the kinetics of enzymatic reactions and in fundamental research on monophenolase. This approach has potential applications in the discovery of tyrosinase inhibitors for medicine and cosmetics, as well as in the industrial synthesis of substituted o-diphenol intermediates.


Tyrosine-Based Cross-Linking of Peptide Antigens to Generate Nanoclusters with Enhanced Immunogenicity: Demonstration Using the Conserved M2e Peptide of Influenza A

A method of creating nanoclusters (NCs) from soluble peptide molecules is described utilizing an approach based on a tyrosine-tyrosine cross-linking reaction. A reactive tag comprising histidine and tyrosine residues was introduced at the termini of the peptide molecules. The cross-linking reaction led to the creation of dityrosine bonds within the tag, which allowed for the generation of peptide NCs. We show that it is essential for the reactive tag to be present at both the "N" and "C" termini of the peptide for cluster formation to occur. Additionally, the cross-linking reaction was systematically characterized to show the importance of reaction conditions on final cluster diameter, allowing us to generate NCs of various sizes. To demonstrate the immunogenic potential of the peptide clusters, we chose to study the conserved influenza peptide, M2e, as the antigen. M2e NCs were formulated using the cross-linking reaction. We show the ability of the clusters to generate protective immunity in a dose, size, and frequency dependent manner against a lethal influenza A challenge in BALB/c mice. Taken together, the data presented suggest this new cluster formation technique can generate highly immunogenic peptide NCs in a simple and controllable manner.


Influence of pH on radical reactions between kynurenic acid and amino acids tryptophan and tyrosine. Part II. Amino acids within the protein globule of lysozyme

An acidosis, a decrease of pH within a living tissue, may alter yields of radical reactions if participating radicals undergo partial or complete protonation. One of photosensitizers found in the human eye lens, kynurenic acid (KNA
), possesses pKa 5.5 for its radical form that is close to physiological pH 6.89 for a healthy lens. In this work we studied the influence of pH on mechanisms and products of photoinduced radical reactions between KNA
and amino acids tryptophan (Trp) and tyrosine (Tyr) within a globule of model protein, Hen White Egg Lysozyme (HEWL). Our results show that the rate constant of back electron transfer from kynurenyl to HEWL
radicals with the restoration of initial reagents - the major decay pathway for these radicals - does not change in the pH 3-7. The quantum yield of HEWL degradation is also pH independent, however a shift of pH from 7 to 5 completely changes the outcome of photoinduced damage to HEWL from intermolecular cross-linking to oxygenation. HPLC-MS analysis has shown that four of six Trp and all Tyr residues of HEWL are modified in different extents at all pH, but the lowering of pH from 7 to 5 significantly changes the direction of main photodamage from Trp
to Trp
located at the entrance and bottom of enzymatic center, respectively. A decrease of intermolecular cross-links via Trp
is followed by an increase in quantities of intramolecular cross-links Tyr
-Tyr
and Tyr
-Tyr
. The obtained results point out the competence of cross-linking and oxygenation reactions for Trp and Tyr radicals within a protein globule and significant increase of oxygenation to the total damage of protein in the case of cross-linking deceleration by coulombic repulsion of positively charged protein globules.

The kinetics of electron transfer (ET) from tyrosine (Tyr) to short-lived histidine (His) radicals in peptides of different structures was monitored using time-resolved chemically induced dynamic nuclear polarization (CIDNP) to follow the reduction of the His radicals using NMR detection of the diamagnetic hyperpolarized reaction products. In aqueous solution over a wide pH range, His radicals were generated in situ in the photo-induced reaction with the photosensitizer, 3,3',4,4'-tetracarboxy benzophenone. Model simulations of the CIDNP kinetics provided pH-dependent rate constants of intra- and intermolecular ET, and the pH dependencies of the reaction under study were interpreted in terms of protonation states of the reactants and the product, His with either protonated or neutral imidazole. In some cases, an increase of pKa of imidazole in the presence of the short-lived radical center at a nearby Tyr residue was revealed. Interpretation of the obtained pH dependencies made is possible to quantify the degree of paramagnetic shift of the acidity constant of the imidazole of the His residue in the peptides with a Tyr residue in its paramagnetic state, and to correlate this degree with the intramolecular ET rate constant - a higher intramolecular ET rate constant corresponded to a greater acidity constant shift.

Cold Atmospheric Plasma (CAP) is an ionized gas near room temperature. Its anti-tumor effect can be transmitted either by direct treatment or mediated by a plasma-treated solution (PTS), such as treated standard cell culture medium, which contains different amino acids, inorganic salts, vitamins and other substances. Despite extensive research, the active components in PTS and its molecular or cellular mechanisms are not yet fully understood. The purpose of this study was the measurement of the reactive species in PTS and their effect on tumor cells using different plasma modes and treatment durations. The PTS analysis yielded mode- and dose-dependent differences in the production of reactive oxygen and nitrogen species (RONS), and in the decomposition and modification of the amino acids Tyrosine (Tyr) and Tryptophan (Trp). The Trp metabolites Formylkynurenine (FKyn) and Kynurenine (Kyn) were produced in PTS with the 4 kHz (oxygen) mode, inducing apoptosis in Mel Im melanoma cells. Nitrated derivatives of Trp and Tyr were formed in the 8 kHz (nitrogen) mode, elevating the p16 mRNA expression and senescence-associated ß-Galactosidase staining. In conclusion, the plasma mode has a strong impact on the composition of the active components in PTS and affects its anti-tumor mechanism. These findings are of decisive importance for the development of plasma devices and the effectiveness of tumor treatment.

Non-receptor tyrosine kinases (NRTKs) are implicated in various biological processes including cell proliferation, differentiation, survival, and apoptosis, as well as cell adhesion and movement. NRTKs are expressed in all mammals and in different cell types, with extraordinarily high expression in the testis. Their association with the plasma membrane and dynamic subcellular localization are crucial parameters in their activation and function. Many NRTKs are found in endosomal protein trafficking pathways, which suggests a novel mechanism to regulate the timely junction restructuring in the mammalian testis to facilitate spermiation and germ cell transport across the seminiferous epithelium. 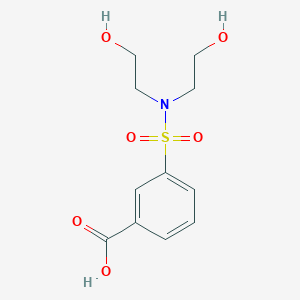 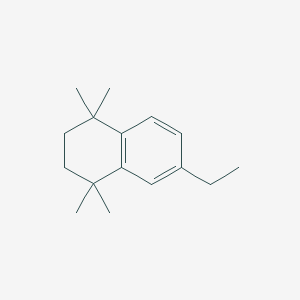 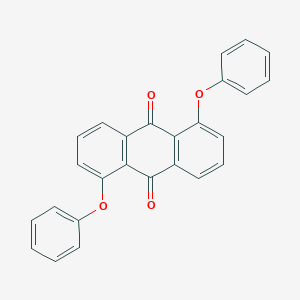 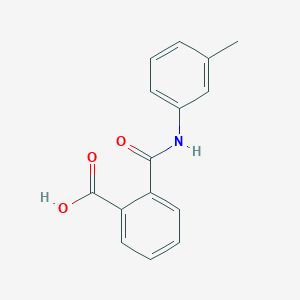 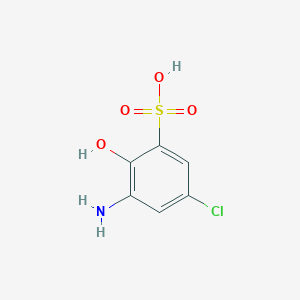 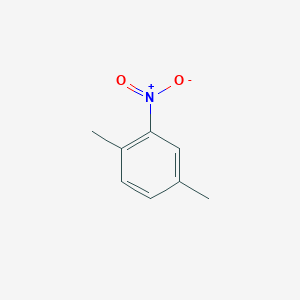 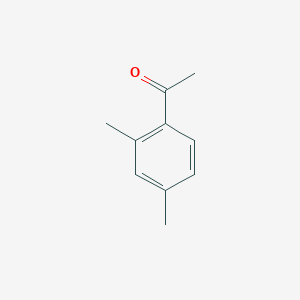 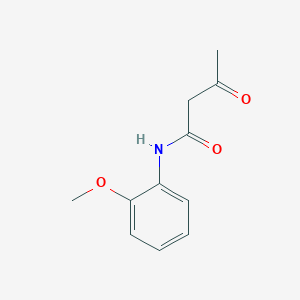 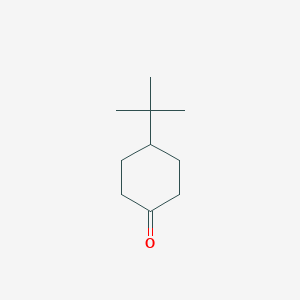 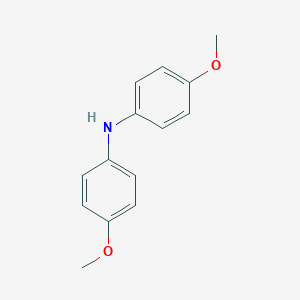 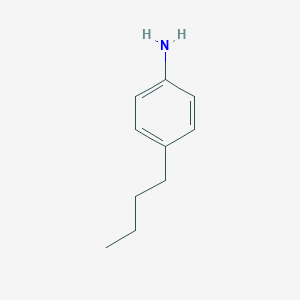 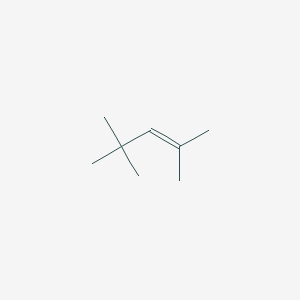