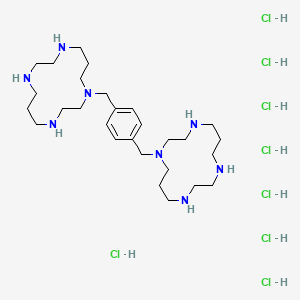 Plerixafor (hydrochloride) is a macrocyclic compound that acts as an irreversible antagonist against the binding of CXCR4 with its ligand, SDF-1 (CXCL12). It suppresses infection by HIV with an IC50 value of 1-10 ng/ml with selectivity toward CXCR4-tropic virus. Plerixafor mobilizes hematopoietic stem and progenitor cells for transplant better than G-CSF alone. It also increases T-cell trafficking in the blood and spleen as well as the central nervous system. Plerixafor regulates the growth of primary and metastic breast cancer cells and inhibits dissemination of ovarian carcinoma cells.
Plerixafor is a small molecular antagonist of the cell-surface CXCR4 receptor that plays an important role in mobilization of hematopoietic stem and progenitor cells to the stroma of the bone marrow; blocking the receptor helps to mobilize stem cells from the marrow to peripheral blood allowing for collection of these cells by apheresis for hematopoietic cell transplantation. Plerixafor is generally well tolerated and has not been linked to serum enzyme elevations or to clinically apparent liver injury.
Plerixafor is a bicyclam with hematopoietic stem cell-mobilizing activity. Plerixafor blocks the binding of stromal cell-derived factor (SDF-1alpha) to the cellular receptor CXCR4, resulting in hematopoietic stem cell (HSC) release from bone marrow and HSC movement into the peripheral circulation.
Plerixafor is an azamacrocycle consisting of two cyclam rings connected by a 1,4-phenylenebis(methylene) linker. It is a CXCR4 chemokine receptor antagonist and a hematopoietic stem cell mobilizer. It is used in combination with grulocyte-colony stimulating factor (G-CSF) to mobilize hematopoietic stem cells to the perpheral blood for collection and subsequent autologous transplantation in patients with non-Hodgkin's lymphoma and multiple myeloma. It has a role as an immunological adjuvant, an antineoplastic agent, an anti-HIV agent and a C-X-C chemokine receptor type 4 antagonist. It is an azamacrocycle, a crown amine, a secondary amino compound, an azacycloalkane, a tertiary amino compound and a member of benzenes. It derives from a 1,4,8,11-tetraazacyclotetradecane. 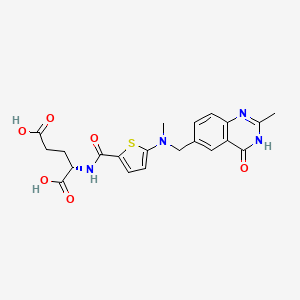 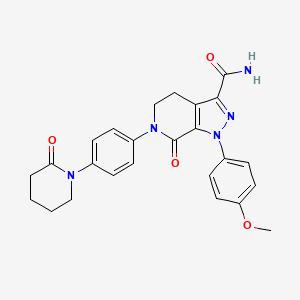 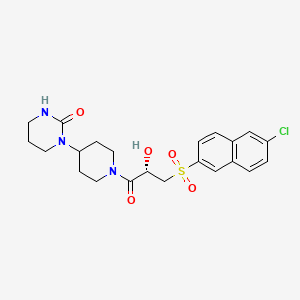 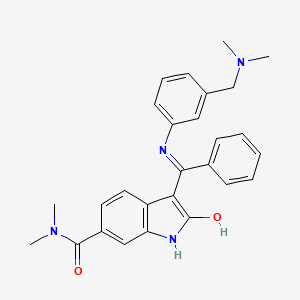 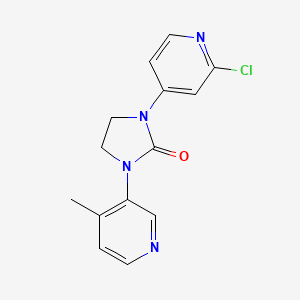 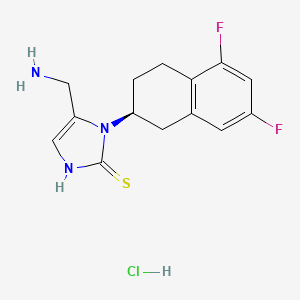 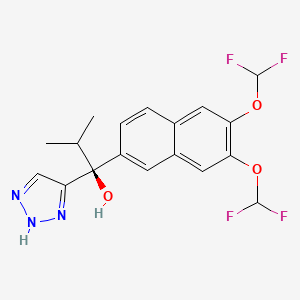 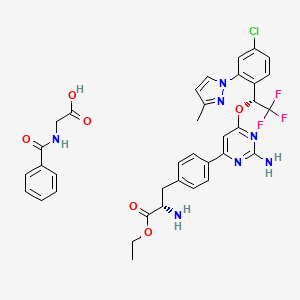 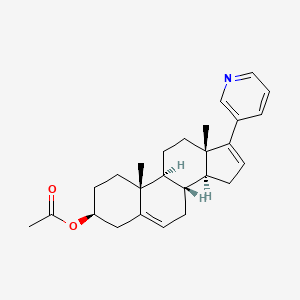 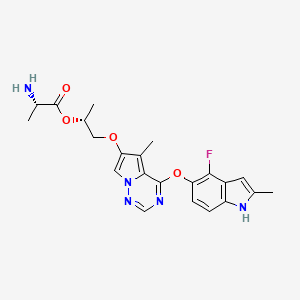 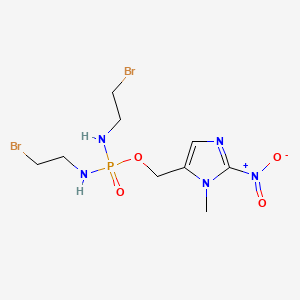 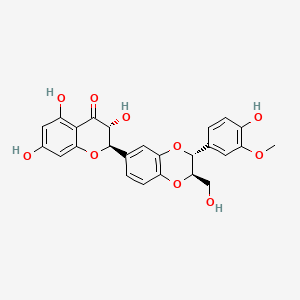